Flying through a Temporary Flight Restriction zone is something that all pilots need to avoid. When the Visual Warning System alerts you that you have entered a TFR, it’s a good idea to change your flight path to ensure that you do not break any airspace laws. The low beams of the red and green lights of VWS should always be taken seriously, as no pilot wants to be caught flying into controlled airspace without a flight plan in place. 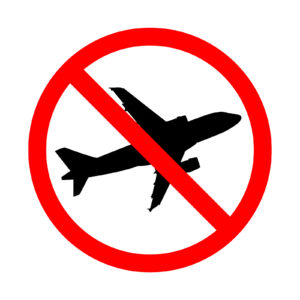 When you find yourself in controlled airspace, NORAD will typically be there to escort you out of the TFR and ensure that you do not present any threat of air attack to the people of the United States.

However, if you do not heed the warnings of the VWS lights, radar alerts, and NORAD aircraft, disaster will await you once you land back on the ground.

However, due to the constantly-changing state of TFR’s (hence the “temporary”), it can sometimes be difficult to keep up with exactly where your plane needs to be during flight. It falls onto the shoulders of airmen to check for TFR’s in the zones that they will be flying through and avoid them as much as they can. Should you get caught in a TFR zone without clearance, the penalties can be steep.

Those who violate TFR restrictions will face:

No pilot wants to deal with this, but when accidents happen, there should be someone behind you to ensure that you are defended. Daniel Kron, Esq. is an expert aviation attorney with almost two decades of legal experience under his belt, and he can help you to mount a solid defense against unfair charges for entering a TFR.

Intent matters in a serious legal situation like this and if you accidentally entered a restricted base without meaning to, Mr. Kron – a lawyer with first-hand pilot experience – can help you to fight against charges that could ruin your entire career. But even then, you still may face an unsettling amount of money in civil penalties–so being safe is the best bet.

If, on the other hand, your intent was to flaunt the law and willingly invade a known TFR, you will probably face the steeper penalties we outlined above. The penalties usually reflect the seriousness of the crime–for instance, if you’ve violated national security laws and endangered the lives of Americans, then you will probably get closer to a year of jail time.

This is why it’s so essential to have a lawyer that you can trust as an airman. Whenever you run into severe issues like this, it’s best to consult with an attorney who has a specialty in aviation law.