Planning Your Response to FAA Letter of Investigation

Imagine this: one day, you open your mailbox and find an official letter from the FAA waiting for you. Stomach clenched in nervousness, you open it and realize that the FAA has decided to investigate you and inform you by sending you an official Letter of Investigation.

Fortunately, this is a good sign–if the FAA had already investigated you and found you to be guilty of violations, you might never have received such a notice. In fact, this gives you the perfect opportunity to look into an aviation lawyer to ensure that your certifications are protected. 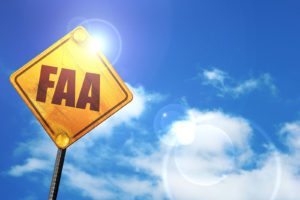 Being an airman comes with its own laundry list of complications, and when you add on the onerous FAA restrictions and regulations on top, it can be a difficult task to maneuver. But receiving a LOI is not all bad, because it allows you to be informed of an ongoing investigation instead of finding out after your certification has been suspended or revoked. Be sure that you make a plan for what to do as soon as you open this letter up, as formulating an action plan can help prevent these issues from escalating even further.

An FAA Letter of Investigation can mean several things. The first is that there has been an ongoing investigation and your name has been cleared–that is, you have been found not to be in violation of the FAA’s regulations. Another outcome is that the investigation has just begun, which means there is still time to own up to any errors that you may have committed recently. Whenever you are able, it is essential that you report any issues or errors that may have happened as soon as they occur, in order to protect your piloting reputation with the ever-stricter FAA.

If you have recently received a Letter of Investigation in the mail, it’s time to get in touch with an aviation lawyer. Daniel Kron, Esq. has practiced law for more than a decade in New York and New Jersey, and as a private pilot himself, he is aware of the issues the commercial and private aviation workers face when they get a letter like this in their mailbox.

Take advantage of the free introduction that Mr. Kron offers and he will give you the next best steps for dealing with the FAA investigation, whether it is still ongoing or has already ended.

When an investigation begins, investigators will put all evidence, documentation, and other items related to the investigation in a file called the EIR, which can often be difficult to understand without the help of an aviation attorney who has dealt with this type of report in the past.

Access to this file can be incredibly helpful in fighting unjust or untrue violation charges, as it contains all of the evidence an attorney needs to protect you. Contact us now.