When Does FAA Send Out an Emergency Order?

Federal Aviation Restrictions (FAR) are often strict and can be complex for many to read for good reason–to protect the health and safety of all air travel passengers. However, in emergency situations, this can mean more intensive action that will leave you without any way to fly until appeals have been made and approved.

Receiving an Emergency Order of Revocation or Suspension can feel like a slap in the face from the FAA, but the true reasoning behind this type of order is to prevent any more issues from arising while the FAA is taking the time to investigate the matter fully. Reputation is more important than anything when it comes to air travel, and the FAA takes no risks when it comes to this type of situation. 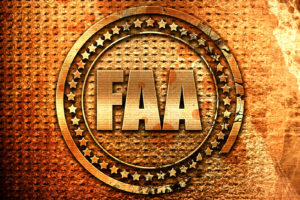 Unfortunately, it is difficult to fight against an Emergency Order like this one, and in most cases, pilots lose either their operating or medical certifications saying they are fit to fly. One report from the United States General Accounting Office made public how often such emergency orders were used.

In about 5% of cases, the FAA will find that no violation occurred and thus overturned the order. In only about 1% of cases did appeals successfully overturn the suspensions or revocations, and in 77% of cases the FAA’s decision stood as the final one.

In mere moments, it seems, your ability to pilot can be pulled out from under you when an emergency order is put into place. And these emergency orders were created for good reason. After bearing much public scrutiny after two devastating plane crashes in 1996, the FAA decided to tighten up their restrictions in order to more easily protect public safety.

This means that the FAA can sometimes be overzealous when it comes to issuing emergency orders due to overestimating the risk involved in allowing a risky pilot to fly again. Because this is a matter of public safety, appeals often are not successful unless there is a significant amount of proof from those who have been accused wrongfully.

Imagine trying to fight those statistics on your own. Imagine how hard it would be to go up against the FAA and fight for appeal after appeal to obtain your pilot’s certification back. It’s not an easy task for a pilot, but a lawyer who specializes in aviation law may be able to help you get back on the right track. Most often, the FAA uses these emergency orders to immediately take away certification from pilots who have been found to be in violation of regulations or who are labeled unfit to fly, without needing to involve the lengthy investigation process.

This means that a number of these emergency orders are put forward without much evidence, in hopes that they will prevent someone who may possibly be dangerous from flying.

Of course, the FAA is overzealous for good reason, but that does not mean your livelihood should be taken from you with no recourse. In this case, hiring a pilot and an aviation attorney Simon Kabzan can help your chances substantially. If you choose not to hire a legal professional to help you, you will not have access to the wealth of important information that they can provide for you, such as interpretations of your EIR or other documentation from the FAA’s officials.

Aviation should be fun--not a stressor added into your life. When it becomes a chore or something you dread, call Mr. Kabzan to schedule your appointment. There’s no time to delay when it comes to your freedom of flight - so so do not wait until it is too late to save your career and certifications.

There’s no shortage of lawyers out there who prey upon people’s lack of knowledge of the legal implications of aviation law, but Mr. Kabzan knows personally how impactful losing your certification in an emergency order can be. Do not delay contacting him if you are currently facing suspension or total revocation of your licensing–it is important that you act fast when facing this type of serious charge. And with the likelihood of appeals being so slim, it’s important to get it right on the first try and not become one of the 77% who loses their certification and never gets it back.

Mr. Kabzan has practiced law for the last 14 years in New York and New Jersey, and he is aware of the complex ins and outs that often plague the tightly-controlled aviation industries in this area. In order to ensure that your certification is not lost, we would highly recommend scheduling an introductory consultation with Mr. Kabzan as soon as you are able. There are very few ways to regain your certification once it has been taken away from you, so the sooner the better when it comes to a situation like this.

Although there are some situations where a certification can be taken away and given back, it’s not likely to happen until after a long period of time, leaving you without any options as far as work goes. Schedule your introduction today to ensure that you are protected by someone who knows aviation law like that back of his hand, Mr. Kabzan.

Call or email today to set up your free appointment with a top aviation expert, Simon Kabzan, Esq. Or, visit us in person in New York, New Jersey, or Florida.