Facts About 709 Ride: Should You be Cautious of FAA Check?

When the FAA contacts you for a 709 Checkride or just 709 Ride for short, it’s impossible not to be nervous. This type of check involves re-certifying and re-examining your aviation operating certificate and it’s normal to feel a little bit of unease about this type of examination. Usually, a 709 ride is initiated due to an accident involving a pilot and it has triggered an investigation as well as put to test whether or not a pilot is airworthy. 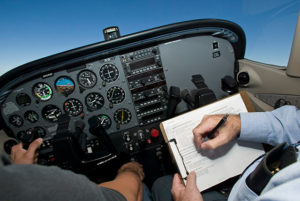 Usually, 709 Checkrides do not happen after just any small mistake or minor event, and as this is quite a serious matter, it also can mean the end of your aviation career if you are not careful.

About 15 days before your checkride, you will receive a letter in the mail asking you to complete a check ride with an FAA inspector.

Reasons for a checkride to be initiated include:

If you decide not to take the checkride with the FAA official, your certification will be immediately revoked. You have 15 days from the time you receive your certified letter to complete your checkride if you do not want to lose your operating license, so it is essential that you complete this ride with the utmost care and caution.

Before going on a 709 ride, it’s a good idea to check in with Daniel Kron – an aviation lawyer who is doing checkrides on his own aircraft – to be aware of your rights and how to ensure that everything goes smoothly on the day of the flight. During the checkride, typically your FAA inspector will instruct you to perform the same maneuver that you failed to perform at an earlier time. So if you had trouble landing and a few problems arose, the official will tell you to perform that same sequence of events over again.

If you fail the checkride, this can mean the loss of your operating certification, but it does not always. Your inspector will sit down with you after the flight and go over the problem areas that have arisen during the checkride. If they believe that, with some instruction, you will be able to perform the maneuver correctly, another ride will be scheduled within 30 days to ensure that the problem areas are taken care of. However, other times failing a checkride can mean that you will not be able to operate an aircraft again until you have taken care of the issues that arose.

Meet with an aviation attorney like Daniel Kron, Esq. before you go on your checkride to ensure that you will be able to pass or at least work on your areas of an issue before the ride. Protecting your rights and income as a pilot is his number one concern, so contact his offices today if you have any questions about an upcoming 709 Checkride that may be crucial to your career.